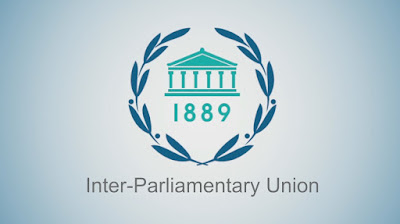 Bangladesh is observing the 136th Assembly of the Inter-Parliamentary Union (IPU) from April 1 to 5 of 2017. IPU is the world organization of Parliaments. And according to its statutes, it is the “focal point for worldwide parliamentary dialogue” and works “for peace and co-operation among peoples and for the firm establishment of representative institutions”. Thus, citizens of Bangladesh had high expectations for IPU support for their democratic rights. But the ground realities in Bangladesh are such that the IPU, due to its current presidency, is not aware of Bangladesh’s pains.
The serving IPU President Saber Hossain Chowdhury himself is among those 153 members of parliament (out of 300 constituencies) who were elected unopposed in the “electoral coup” on January 05 of 2014, on which the US Department of State commented, “deeply flawed”. Over half of Bangladeshi citizens reft the right to vote to elect their representative in Parliament. Mr. Chowdhury also missed the opportunity to vote himself like 152 other members of parliament. Even the head of state, head of government and head of parliament did not have an opportunity to vote.
Forcing all the registered and eligible political parties except for only 14 parties that are allied with Awami League through the abolishment of the globally accepted “non-party caretaker government” system, in the controversial January 05 election, Awami League-led government grasp the power unchallenged.
The overall human rights situation has deteriorated, and the scale of extrajudicial deaths and enforced disappearances has increased as a disaster as the ultimate result of the absence of democracy.
When the delegates of IPU were arriving to participate in its 136th conference to discuss on reducing inequalities in Bangladesh, detective branch men picked up a youth on March 29 from his home in the port city Chittagong of the country. He was found dead on the riverbank of Karnafuli within 12 hours with marks of torture all over his body and three bullet shots in his head. His entire fault was that he supported a party that opposes the views of Bangladesh’s ruling party Awami League.
And this is not the only incident. Starting from Chowdhury Alam, a metropolitan BNP leader, law-enforcing agencies have abducted more than five hundred civilians, and most of them never returned. The very day this IPU conference started an internationally recognized local human rights organization Ain of Salish Kendra confirmed that 25 people were similarly picked up in the first three months of the year and 59 people have been killed in the custody of law enforcers.
Unfortunate enough, the organization that according to their statement, guarantees people’s rights and liberties and works to secure peace and development, is holding its 136th conference in a country that has distanced itself far from the stance to ensure people’s right to live, let alone other rights including liberties.
And it is not a matter of last three months, rather the systematic annihilation of people with dissenting views has been continuing since 2009, which become a regular practice since the January 5 Parliament election of 2014.
Demolishing the democratic institutions, which are according to IPU, “critical to democracy” did not end on January 05 of 2014 in Bangladesh by Awami League; rather they found a new momentum. After that electoral farce, the government led by Awami League systematically amputated the local government institutions including the Upazila Parishad, Union Parishad, and City Corporations. Violence became an integral part of each of the elections.
At least twenty-one people were killed in the January 05 national election due to the police excesses. The killing spree continued in the Upazila Parishad polls where around sixteen people were brutally murdered.
But the Union Parishad, the smallest unit of local government saw the most violence. Immediately after the announcement of the Union Parishad elections in February 2016, violence started across the country. As of June 14, 2016, 116 people were killed and 8000 injured due to the violence related to the Union Parishad polls.
Furthermore, the ruling Awami League did not stop at not letting the opposition men winning in the elections, and they started suspending the elected representatives on vague charges who got elected by popular vote from opposing groups, mostly from BNP. The very moment the IPU conference is taking place; the government has suspended three mayors from three city corporations. They are among those two hundred elected representatives who have been suspended by the government.
The violence resulted in fear among the common mass who refrained themselves from voting to save their lives which enabled the ruling party cadres to rig the election in every possible manner starting from stuffing, snatching ballots and so on.
Today, it is evident that all these events that followed the January 05 polls including the gross human rights abuse, demolishment of democratic institutions, and violence on vote days and patronized vote rigging, were inter-linked only to create fear among the voters who may vote against the Awami League.
However, the worst part of this mockery of democracy was yet to take place. Amid pieces of evidence of state-sponsored demolishment of the democratic institutions, within ten months of getting elected by an election, which was termed as an electoral farce by The Economists, a parliamentarian from Awami League managed to get elected as the head of Inter-Parliamentary Union.
Notwithstanding, the people of Bangladesh expected that the world leaders and the organization IPU, itself would change the venue considering the ineligibility of the government in Bangladesh that lacks popular support and has gone desperate to weaken the foundations of democracy, the IPU that claims to have given “priority to prevent and eliminate conflict through political dialogue” itself violated its statement by letting Bangladesh host the 136th Inter-Parliamentary Union conference.
This is a shame for the organization itself that it has designated a government to hold the conference that is blamed for being authoritarian and violent towards dissenting voice. The legitimacy and effectiveness of the IPU will also be under serious question after this conference.
Posted by akmwahiduzzaman@gmail.com at 20:47